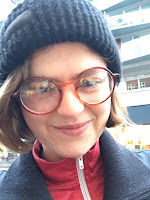 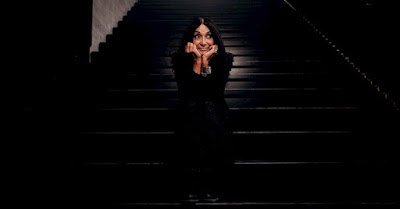 ømskindede nok
til at huske

Udgivet i Bands of Tomorrow, juni 2018 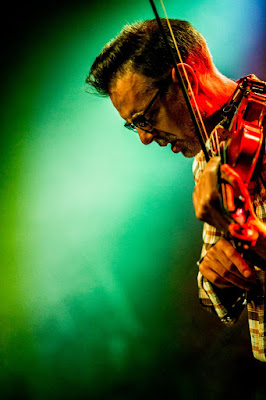 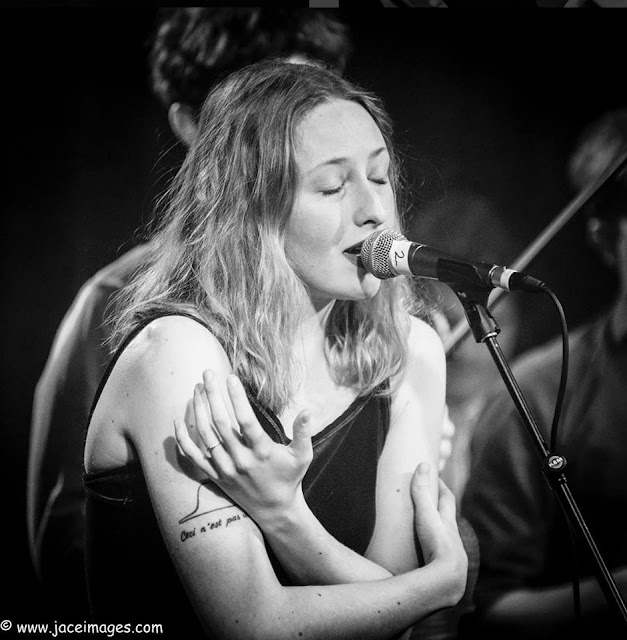 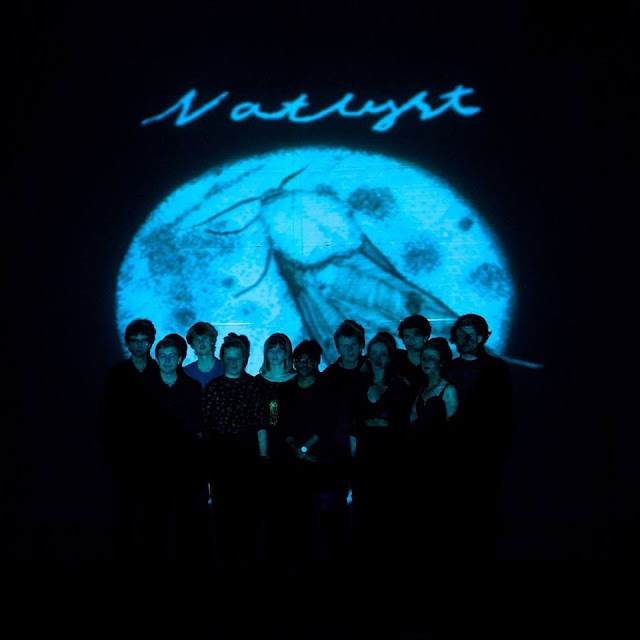 A world of disconnectivity and potential SUPAPAWA: Thoughts on "A Tale for the Time Being" (2015) by Ruth Ozeki

”Have you ever tried to fight a wave?”. That's the question our main character Naoko gets from her great grandmother in ”A Tale for the Time Being” by Ruth Ozeki. The two of them are watching the sea standing side by side. Naoko is a sixteen year old japaneese school girl with a rather dark everyday life situation. That, until she becomes part of her 104 year-old buddhist great grandmothers monestry during a summerholiday. 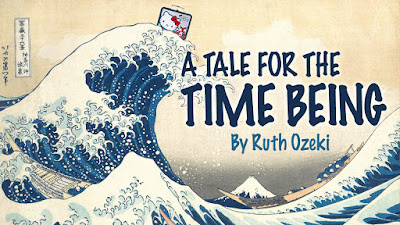 The story being told is a transpasific tale á la magical realism, where disconnection is a central part of the main characters ambiguous lives and platforms of communication. The perspective shifts between Nao and the 40-50 year old writer Ruth, who finds Nao's diary, some old letters and a kamikazi-watch inside a lunchbox in a plasticbag on the beach. Ruth lives in a remote island in Canada with her husband after having lived her entire life in New York, and she suspects that Nao's story might have been brought to her by the tsunami.

So this is Ozeki's setting to deal with a broad pallette of modern issues such as: climate changes, suicide, internet bullying, remote lifestyles and digitalisation of war. On top of that Ruth Ozeki delicately explores which space the buddhist traditions have in a modern society; in the forever accelerating new. I'll dig more into that later on.

As the title reveals, the book deals a great deal with time. The execution of this theme is so amazingly put narratively, because time itself becomes as hackable as the internet. In the end of the novelle the last pages in Nao's diary are suddenly ”deleted” and then reappears, which is presented parallely with the knowledge of a software developed by Nao's dad to protect Nao. The software can delete information (and thereby traces of internet bullying) on the internet. Furthermore the very diary Nao's been writing in, has from the beginning been a hacked piece made out of Marcel Proust's ”A la reverche du temps perdu”: "In search of the lost time". And to Nao the diary most certainly becomes the outlet for her longing back in time to California and Sunnyvale, where she grew up. A time she links with a ”lost identity”. In the same time the diary put forth ”a coming of age”-process, where Nao explores her buddhist great grandmother Jiko's attitude to life - a potential ”new identity” - and the story of Jiko's son Haruki#1, whom she lost, when he was a young kamikazi-pilot – ironically - in the second world war against the US. In a sense Nao explores the time lost, because she needs someone within her own family to be her hero, when her father fails: A fatherfigure who's upsest with committing suicide as a way of ending ”time”, but when the two of them finally dig into their uncle's history together they luckily catch up on time - aswell as their own relation and both of their lifewills are reestablished; reconnected so to say. Daughter and father too.

In a sense the historical level is the vertical level of time that the book explores, but the novelle is also devided into the two maincharacters' Naoko and Ruth's different worlds that might be seen as the more horisontal level (that is nonetheless still staggered timewise) exploring parallel ways of living. Ruth though gets to travel in time without even noticing – while reading, the vertical becomes parallel, but when Ruth finds and reads Naoki's diary on a beachside, Nao is around 10 years from being that 16 year old girl, that Ruth so lively wants to safe (from comitting suicide and so on...). In that sense Ruth's reading is a timecapsel and a disconnection from her actual life and a 1-1-experience of time. This is similar for Naoko, who also disconnects from the real world with her writing. In her case it means writing to her imaginary friend in an unknown future, at time to come.
Naoko adores her reader as a best friend or a potential lover, and Ruth too identifies with Naoko and gets motherly feelings for this japaneese mystery of a teenager. Both are having severe problems connecting in their own worlds. Ruth with her writing and her islander lifestyle and Naoko with the japaneese culture and in general other social beings. Except from her grandmother, who's ironically truely representing ancient Japan, but with her very own unique track of history. 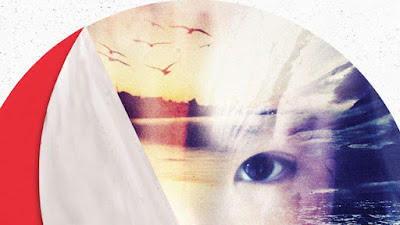 The complexity of this book is obvious, but it also mirrors the complexity of modern society and our growing awareness of lifestyle choises mixed with a sense of both destiny and lack of resiliance and control. In fact resiliance becomes a major theme in Nao's development, where we get to hear about her being bullied in school. First in a very violent manor, changing to a staging of her funeral in class asewell as online and finally; with a worst case scenario assault. This one of course, also gets filmed and ends up on the internet with an auction of Nao's bloddy underwear. The difference this time though is, that Nao's resilliance has been strengthened after a summer in Niko's monestry learning to sit zazen and try to find, what Niko calls her SUPAPAWA (p. 190).

In other words the buddhist meditation is a way to find ease within yourself even in extreme situations. In that sense meditation is a coping strategy in line with the ideas of Adam Gazzaley and Larry Rosen's thoughts in ”The distracted mind: Ancient Brains in a high-Tech World”. The book focuses on the meditators' ability to gain cognitive control and thereby excell ”on selective attention tasks […] including sustained attention, speed of processing, and working memory capacity” (p. 190). This study mainly focus on meditation's instrumental values and highlights the ability to get higher grades. To Nao, meditation is indeed also a help to selfhelp tool, when she finally chooses to rebel with renewed SUPAPAWAS, a shaped skull and a ”I don't give a fuck attitude” in her classroom and leave the terrified classmates behind. This way of not showing any signs of mental defeat though your body has been tortured is a highly provocative and terrifying response to the person executing the torture.

So when Nico asks Nao, whether she has tried to fight a wave. This is what she prepares Nao for: The movements of the peer pressure, but also modernity, capitalism, society's expectations and any kind of discomfort related to suffering.

Zisek iroinically notes that: ”Although buddhism presents itself as the remedy for the stressful tension of capitalist dynamics, allowing us to uncouple and retain inner peace and Gelassenheit (self-surrender), it actually functions as capitalism's perfect ideological supplement” (p. 67). He also notes that the buddhist ideal matches well with the idea of the ”perfect cold killing machine” (p.73), because the ideal of detached enlightentment enables this selective control of the mind including emotions and suffering.

Det detachment or the disconnectivity though, is in Zizek's opinion also highly critical: ”Buddhism is conserned with solving the problem of suffering, so it's first axiom is: we don't want to suffer. (For a Freudian, this already is problematic and far from selvevident – not only on account of some obscure masochism, but on account of the deep satisfaction by a passionate attachment[...]).”(p.69). What Zizek underlines here is linked to a general concern of the modern being getting more and more talented with the art of isolating oneselves and becoming an independent reproductive being. This, in a discourse related to biogenetics and sextoys and the fact that we don't even need to touch eachother to feel pleasure or give birth to children – to survive! In other words the buddhist ideal of ascetism and zero-suffering as a way to regain inner peace aligns with future scenarios of being disconnected with oneanother, while we are connecting more and more with technology and our own selfexploration.

Getting back to the image of the wave, I would like to explore the further meaning here. Parallely with Nao's horror highscool setup, her uncle Haruki#1's story is being unfolded, and we get to hear how he managed to look his military superior directly into the eyes while being molested and thereby ending his punishments with mere kindness wich shows heavy resiliance.

Haruki#1 is a pascifist, who chooses to ”fight the wave” instead of killing american soldiers. He actually flies his plain directly into the ocean, which is a beautyful image of actually trying to go against stream by not taking orders. But it also underlines the big theme of suicide throughout the novelle as a typical japaneese phenomena.

Haruki#1's death also suits Ruth and her husbands focus on the tsunami as a phenomena out of human hands. Also, the ocean is typically seen as an image of emotions, but also something uncontrollable and endless like informations on the internet. Haruki#1 is actually dying inside a machine, while letting his emotions and inner beliefs take him directly into the endless blue. I can't think of a more beatiful image for the future apocalypse: The technologized idealist meets the force of nature (alone!) - just letting go of control – pure surrendering, but with a certain integrity.

That being said, though this action might be courages, it is also a very passive form of rebellion. Luckily, Haruki#1's story ends up serving as positive inspiration to Nao and her father instead of being mere suicide material. One might say, that where the physical resiliance is embeded in the tale of the survival of the fittest, today's actual survivors will be found among the ones understading to fight the wave mentally, but as the reonion between Nao and her father puts forth, we have to connect with eachother in the process to not turn into complete hentais. 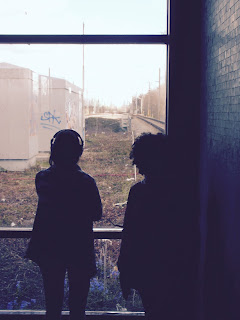 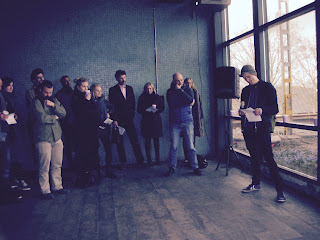 A world of disconnectivity and potential SUPAPAWA: Thoughts on "A Tale for the Time Being" (2015) by Ruth Ozeki